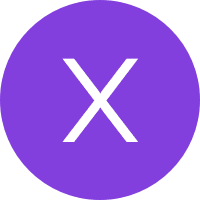 What are Forms of Domestic Violence? The definition of violence against women or men is ‘any violence that causes physical, psychological or sexual harm or suffering in public or private life’.

This definition makes it clear that physical abuse is not the only form of violence that is inflicted upon women.

Domestic violence is any of the forms listed below and all types are a unacceptable and some are criminal offences.

Creating fear
Fear is a key element in domestic violence and is often the most powerful way a perpetrator controls his victim. Fear is created by giving looks or making gestures, possessing weapons (even if they are not used), destroying property, cruelty to pets – or any behaviour which can be used to intimidate and render the victim powerless.

Intimidation
Includes smashing things, destroying her possessions, putting a fist through the wall, handling of guns or other weapons, using intimidating body language (angry looks, raised voice), hostile questioning of the victim or reckless driving of vehicle with the victim in the car. It may also include harassing the victim at her workplace either by making persistent phone calls or sending text messages or emails, following her to and from work or loitering near her workplace.

Verbal abuse
Using words as a weapon to cause significant damage.  This may include screaming, shouting, put-downs, name-calling, swearing, using sarcasm or ridiculing her for her religious beliefs or ethnic background. Verbal abuse may be a precursor to physical violence.

Physical abuse
Behaviour such as pushing, shoving, hitting, slapping, attempted strangulation, hair-pulling, punching etc. and may or may not involve the use of weapons. It could also be threats to destroy or actually destroying her prized possessions. It can range from a lack of consideration for her physical comfort to causing permanent injury or even death.

Emotional abuse
Behaviour that deliberately undermines her confidence leading her to believe she is stupid or that she is ‘a bad mother’ or useless or even to believe she is going crazy or is insane. This type of abuse humiliates, degrades and demeans the victim. The perpetrator may make threats to harm the victim, her friends or family members or to take her children or to commit suicide. The perpetrator may use silence and withdrawal as a means to abuse.

Social abuse
This involves isolating the victim from her social networks and supports either by preventing her from having contact with her family or friends or by verbally or physically abusing her in public or in front of others. It may involve continually putting friends and family down so she is slowly disconnected from her support network.

Financial abuse
The perpetrator takes full control of all the finances, spending and decisions about money so the victim is financially dependent on her partner. Also denying her access to money, including her own, and forcing her and her children to live on inadequate resources and demanding she accounts for every cent spent.  This type of abuse is often a contributing factor for women becoming ‘trapped’ in violent relationships.

Sexual abuse
Any unwanted sexual behaviours. This may include forced sexual contact, rape, forcing her to perform sexual acts that cause pain or humiliation, forcing her to have sex with others or causing injury to her sexual organs.

Controlling behaviours
Dictating what she does, who she sees and talks to, where she goes, keeping her from making any friends or from talking to her family or having any money of her own. This can include preventing her from going to work, not allowing her to express her own feelings or thoughts or to make decisions for herself and not allowing her any privacy or forcing her to go without food or water.

Spiritual abuse
Ridiculing or putting down her beliefs and culture, preventing her from belonging to or taking part in a group that is important to her spiritual beliefs or practising her religion.

Separation violence
Often after the relationship has ended violence may continue.  This can be a very dangerous time for the victim because the perpetrator may perceive a loss of control over the victim and may become more unpredictable. During and after separation is often a time when violence will escalate leaving the victim more unsafe than previously.

Stalking
Sometimes the victim is stalked by the perpetrator either before or after separation. Stalking includes loitering around places she is known to frequent, watching her, following her, making persistent telephone calls and sending mail including unwanted love letters, cards and gifts although the relationship has ended. Stalking is a criminal offence.  Under the stalking legislation more than one type of behaviour has to occur or the same type of behaviour has to occur on more than one occasion.

Domestic homicide
The victim and/or her children are killed by the intimate partner as a result of domestic violence.

This site uses Akismet to reduce spam. Learn how your comment data is processed.